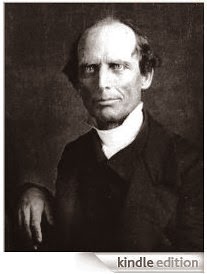 Many Christians today may be unaware of the tremendous impact that Charles G. Finney had on the spiritual landscape of the . His years of revival work yielded valuable insights on the work of the Holy Spirit and timeless principles that many still find vital for advancing the .

A truly fascinating record of a uniquely gifted and godly man, this autobiography is sure to enlighten and inspire Christians of any age or background.

CHARLES G. FINNEY (1792-1875) is recognized as the most effective evangelist of the 19th century. It is estimated that more than half a million people were converted to Christ through his evangelistic ministry. After becoming a lawyer he carefully explored the claims of Christ and was powerfully converted in 1821.

An avid student of the Bible, he soon engaged in preaching and teaching throughout many eastern and southern states. The result was a revival which altered the course of American history.

A 5-star review: “If you ever wanted revival in your own life or ministry, this book is the most clear representation I have ever seen in print anywhere. It is a riveting book that has kept me up at night for hours until I could read no more. Many people talk about revival and many people desire it, but until it is seen personally, it is difficult to comprehend. This book comes about as close to really "seeing" revival as possible.”