Once Upon a Summer By Janette Oke 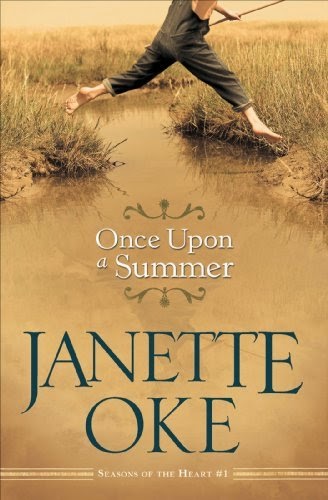 FREE BOOK: Once Upon a Summer
By Janette Oke

Josh Jones realizes his family isn't typical, but it's the only life he's ever known. Aunt Lou, Gramps, Uncle Charlie, Grandpa--they all have shaped the young man he has become. But as he grows into manhood, Josh begins to face important questions about life, love, and faith. Three million books sold in the series!

From the Back Cover

Sure, it's unusual to have an eighteen-year-old mother when you're twelve. But when you're an orphan and she's your aunt--and the only mother you've ever known--well, it works out just fine.

That's why I got so riled up when I heard Grandpa and Uncle Charlie talkin' about findin' a fella for Aunt Lou!

You see, somethin' had to be done. I couldn't just sit back and watch our family get broken up. But with Grandpa and Uncle Charlie workin' so hard to marry off Aunt Lou, I really had my job cut out for me. Then that preacher came along, and things got really complicated...

From a 5-star review: “This Christian fiction book is a cute story of a boy's love for his unusual family made up of his uncle, grandfather, aunt, great-grandfather and his dog. I especially liked the boy's close relationship with his dog and his relationship with God. I think a boy might enjoy this book since the main character is Josh and it's his story. He shares his feelings with the reader about the things happening in his family and his anger towards God. The aunt finds romance but it was quite humorous how her father and uncle tried to set her up with "acceptable" candidates and the boy and Gramps would intervene. I enjoyed the book for a change of pace. I found it to be uplifting, amusing and an easy read.”