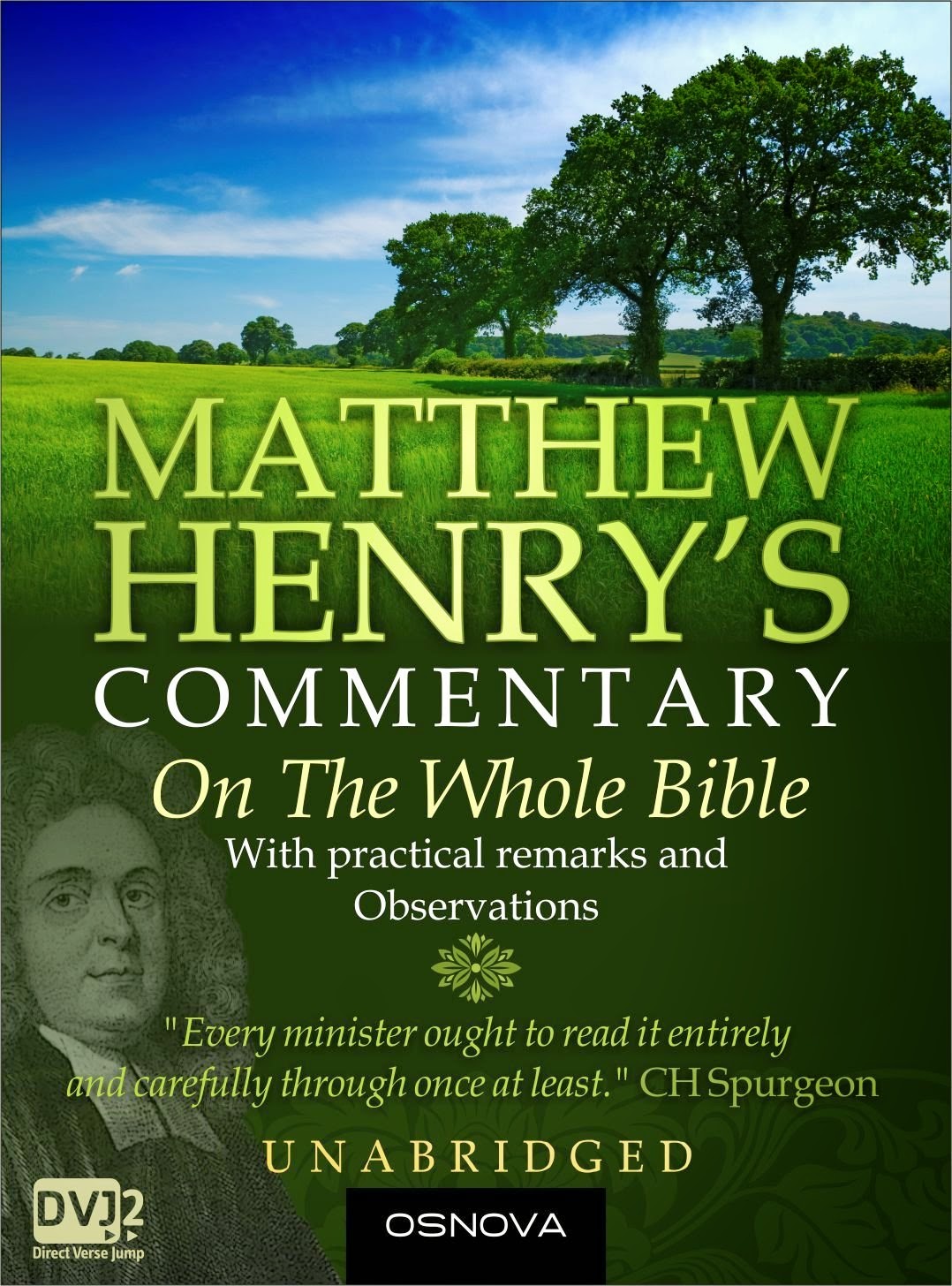 About the unabridged (6-volume) version:

Until now, there have been available only concise editions of Matthew Henry's Commentary for the Kindle. OSNOVA's Kindle edition includes the unabridged text of the entire six paper volumes incorporating an active table of contents, navigation between a quick sections, chapters and books, and a cross-reference system between the commentary and the included Bible (with Direct Verse Jump and Direct Verse Jump 2, see instructions in the book), which make it easy to locate any place within the Commentary or the Scriptures in seconds.

Matthew Henry's six-volume 'Exposition of the Old and New Testament' or Complete Bible Commentary has long been celebrated as the best of English commentaries of the Bible for devotional purposes. It provides an exhaustive verse by verse study of the Bible, covering the whole of the Old Testament and the New Testament.

The Commentary was begun in November 1704. The first volume was published in 1708; that and four other volumes appeared in a uniform edition in 1710. Before his death Henry completed the Acts for an unpublished sixth volume. After his death the Epistles and Revelation were prepared by thirteen ministers, partly based upon notes taken by Henry's hearers. The complete edition was edited by George Burder and John Hughes and published in 1811 in 6 volumes. Henry's 'Exposition' has often been abridged. Now for the first time it is made available by OSNOVA in its full unabridged form to the Kindle users.

Henry's commentaries are primarily exegetical, dealing with the Scripture text as presented, with his prime intention being explanation for practical and devotional purposes. The Commentary excels at practical application, displaying good sense, discrimination, high moral tone and simple piety, combined with the well-sustained flow of its English style.

Famous evangelical Protestant preachers such as George Whitefield and Charles Spurgeon used and heartily commended the work, with Whitefield reading it through four times – the last time on his knees. Spurgeon stated, " Every minister ought to read it entirely and carefully through once at least."

Please read the instructions at the beginning of the publication to learn how to easily navigate this complex publication.

NOTE: Many features of this publication will not work on Kindle 1, software Kindles such as Kindles for PC, iPad, iPhone, Blackberry, Android or Kindle Fire. This edition is not TTS(text-to-speech)-friendly due to the way TTS works on the Kindle.