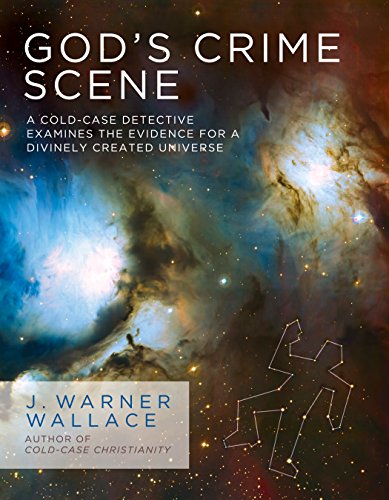 There are four ways to die, and only one of them requires an intruder. Suicides, accidental, and natural deaths can occur without any evidence from outside the room. But murders typically involve suspects external to the crime scene.

If there’s evidence of an outside intruder, homicide detectives have to prepare for a chase. Intruders turn death scenes into crime scenes.

Join J. Warner Wallace, former atheist, seasoned cold-case detective, and popular national speaker as he tackles his most important case ... with you on the jury!

With the expertise of a cold-case detective, J. Warner examines eight critical pieces of evidence in the “crime scene” of the universe to determine if they point to a Divine Intruder. If you have ever wondered if something (or someone) outside the natural realm created the universe and everything in it, this is the case for you.

Promotional prices are temporary. It's best not to dawdle.

Get your free Kindle reader app here (it's the best PDF reader, too!):
https://nwp.link/FreeKindleApps